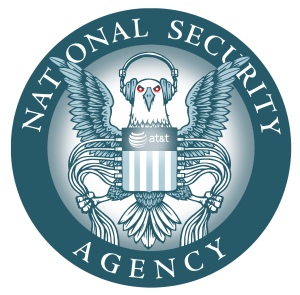 September 17th being “Constitution Day” in our current 1984 Newspeak world, it’s only fitting that today we found out that a secret government surveillance court has ruled that unlimited domestic spying is “constitutional”.

The FISA court document contends that the collections of so-called “metadata” about every single phone conversation that takes place in the United States is not a violation of anyone’s Fourth Amendment rights because people have “no legitimate expectation of privacy in [the] information”.

The metadata are actually call detail records which specify the calling party, called party, time of day, duration, location, and who knows what else.

There are references in the ruling to the Patriot Act and Supreme Court cases, all with an eye toward giving this some legitimacy.

But since it is Constitution Day, let’s flashback to 1787.  What happens if we apply the same principle (no expectation of privacy in who you talk to) that the FISA court is suggesting?Today if I want to speak with someone I simply call them on the phone, but there were no telephones back then and thus no call records or metadata.

The 18th century equivalent of calling on the phone was to get on your horse and ride or write a letter and have someone deliver it.  It follows then, that in 1787, the government should have had the “right” to follow you around, see who you were talking to, where you met them, and how long the conversations lasted.  They should also have been able to look at your letters as they were being sent, see who you corresponded with, and how long it took them to respond.

Flashforward back to today.  For us, this ruling means the same thing and more.  Phone records are only the beginning.  If the state claims the right to know who we talk to and for how long, then they will also extend it to every other facet of our lives.

If phone records, then also email.  If email, then also EZ-Pass or vehicle black boxes.  Church attendance?  Library records?  What would be off-limits?

After all, these things only provide “metadata”, right?  No real information there.

Don’t you know it’s for the children/national security/safety/democracy that they need to do these things?