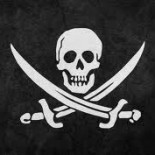 I had heard that Al Mohler made a really ridiculous statement.  Then I heard the actual statement and thought – how did I miss that?  I did the maths and came up with this:

I apologize for the lateness of this post, but I could not let this go without comment:

“I think this was an evangelical disaster.”

-Al Mohler, to NPR, on the reelection of President Obama

I keep hearing that there were 2 million registered Republicans who did not vote in this election.  They have been blamed for the reelection of Obama.  I am one of them.

Do I see this as a terrible defeat for evangelicals?  What is evangelicalism at this point?  I thought the idea behind the tag of ‘evangelical’ was that you were a believer in Christ and desired that others should come to follow him.  I thought it meant that you held a high view of scripture and you looked toward Christ’s work on the cross and his resurrection for your redemption.  Do I think Obama’s election is a disaster for these people?  Not in the least.

However, for those who think evangelical and Republican are even loosely associated words, of course this was a disaster.  If you have abandoned your mission of proclaiming Christ and replaced it with advocacy of a political group, you have lost your way.  Mohler himself seems to at least partially understand this:

“Christians must never see political action as an end, but only as a means. We can never seek salvation through the voting booth, and we must never look for a political messiah. Nevertheless, Christians do bear a political responsibility, established in love of God and love of neighbor. We are rightly concerned about this world, but only to a limited extent. Our main concern is the Gospel of Jesus Christ.”

I like a lot of that, but there are a couple of things wrong with the above statement:

Can we stop interjecting politics back into this for a few minutes?  This is how I think the paragraph should look once the politics are removed:

We can never seek salvation through the voting booth, and we must never look for a political messiah. Christians bear a responsibility to love our God and our neighbors. Our main concern is the Gospel of Jesus Christ.

I like Bono’s lines in the oft-forgotten U2 song October:

But you go on…

This is the perspective we should have.  God raises them up and brings them down (hopefully sooner rather than later).  He continues to go on. By his grace, so do we.

This entry was posted on November 22, 2012 by Aaron in Christianity, Church and State, democracy, Politics, Voting, Why am I not surprised? and tagged God, politics, voting.